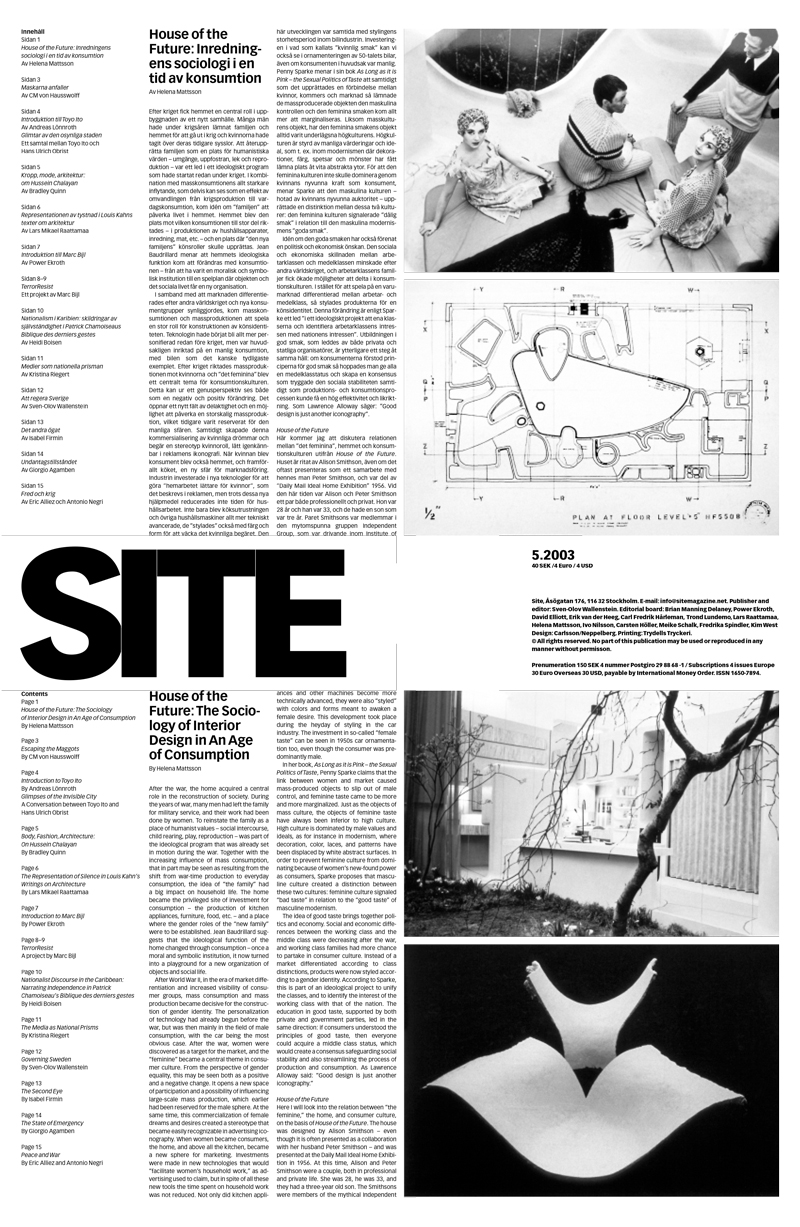 After the war, the home acquired a central role in the reconstruction of society. During the years of war, many men had left the family for military service, and their work had been done by women. To reinstate the family as a place of humanist values – social intercourse, child rearing, play, reproduction – was part of the ideological program that was already set in motion during the war.

Together with the increasing influence of mass consumption, that in part may be seen as resulting from the shift from war-time production to everyday consumption, the idea of “the family” had a big impact on household life. The home became the privileged site of investment for consumption – the production of kitchen appliances, furniture, food, etc. – and a place where the gender roles of the “new family” were to be established. Jean Baudrillard suggests that the ideological function of the home changed through consumption – once a moral and symbolic institution, it now turned into a playground for a new organization of objects and social life.

Excerpt from Helena Mattsson's "House of the Future: The Sociology of Interior Design in An Age of Consumption"

House of the Future: The Sociology of Interior Design in An Age of Consumption
By Helena Mattsson

TerrorResist A project
By Marc Bijl

The Media as National Prisms
By Kristina Riegert

The Second Eye
By Isabel Firmin

The State of Emergency
By Giorgio Agamben

Peace and War
By Eric Alliez and Antonio Negri