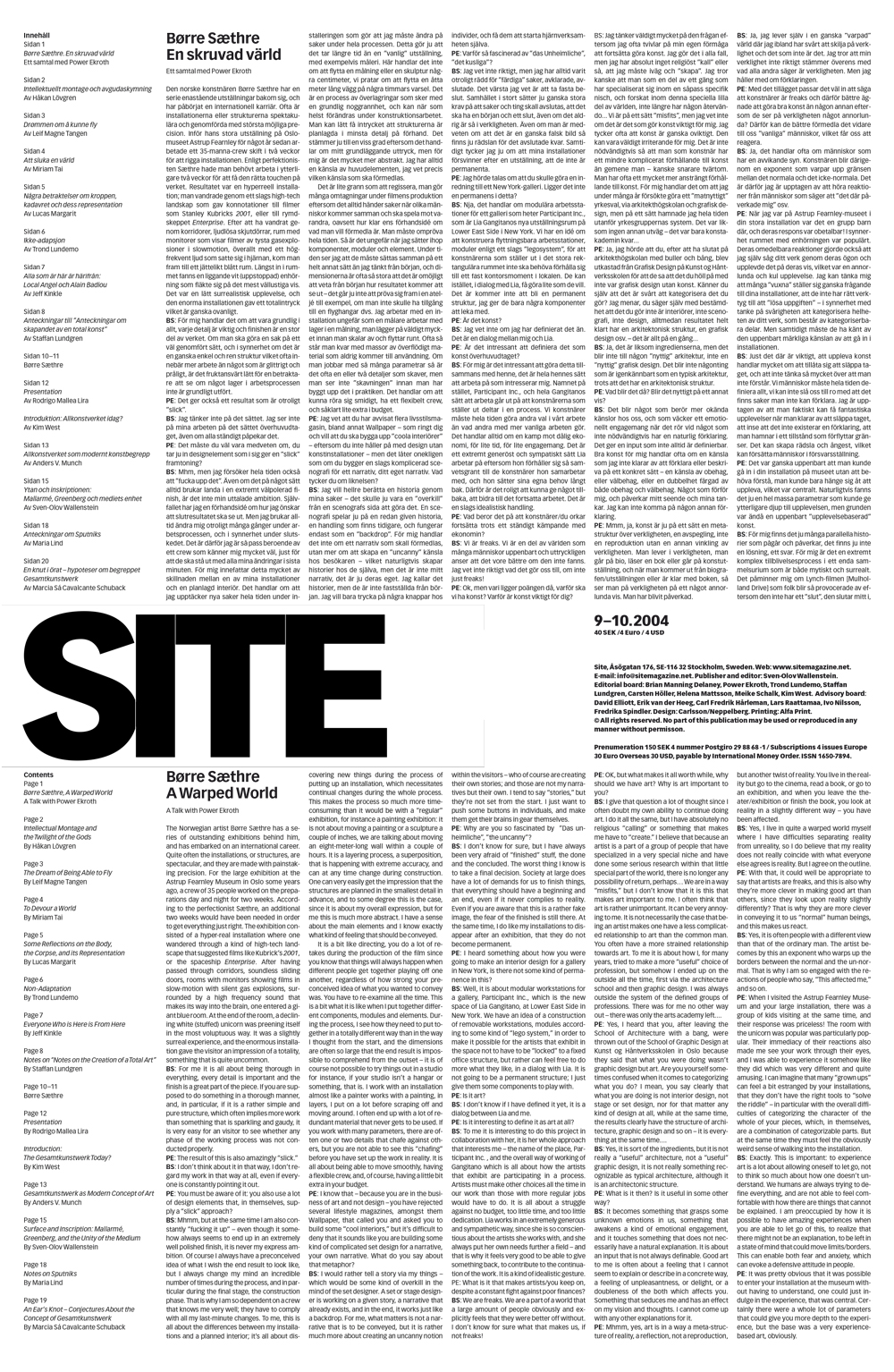 The Norwegian artist Børre Sæthre has a series of outstanding exhibitions behind him, and has embarked on an international career. Quite often the installations, or structures, are spectacular, and they are made with painstaking precision. For the large exhibition at the Astrup Fearnley Museum in Oslo some years ago, a crew of 35 people worked on the preparations day and night for two weeks.

According to the perfectionist Sæthre, an additional two weeks would have been needed in order to get everything just right. The exhibition consisted of a hyper-real installation where one wandered through a kind of high-tech landscape that suggested films like Kubrick’s 2001, or the spaceship Enterprise. After having passed through corridors, soundless sliding doors, rooms with monitors showing films in slow-motion with silent gas explosions, surrounded by a high frequency sound that makes its way into the brain, one entered a giant blue room. At the end of the room, a declining white (stuffed) unicorn was preening itself in the most voluptuous way. It was a slightly surreal experience, and the enormous installation gave the visitor an impression of a totality, something that is quite uncommon.

Excerpt from "Børre Sæthre, A Warped World" a Talk with Power Ekroth.

Børre Sæthre, A Warped World a Talk with Power Ekroth

Intellectual Montage and the Twilight of the Gods
By Håkan Lövgren

The Dream of Being Able to Fly
By Leif Magne Tangen

To Devour a World
By Miriam Tai

Some Reflections on the Body, the Corpse, and its Representation
By Lucas Margarit

Everyone Who is Here is From Here
By Jeff Kinkle

Gesamtkunstwerk as Modern Concept of Art
By Anders V. Munch

Surface and Inscription: Mallarmé, Greenberg, and the Unity of the Medium
By Sven-Olov Wallenstein

Notes on Sputniks
By Maria Lind