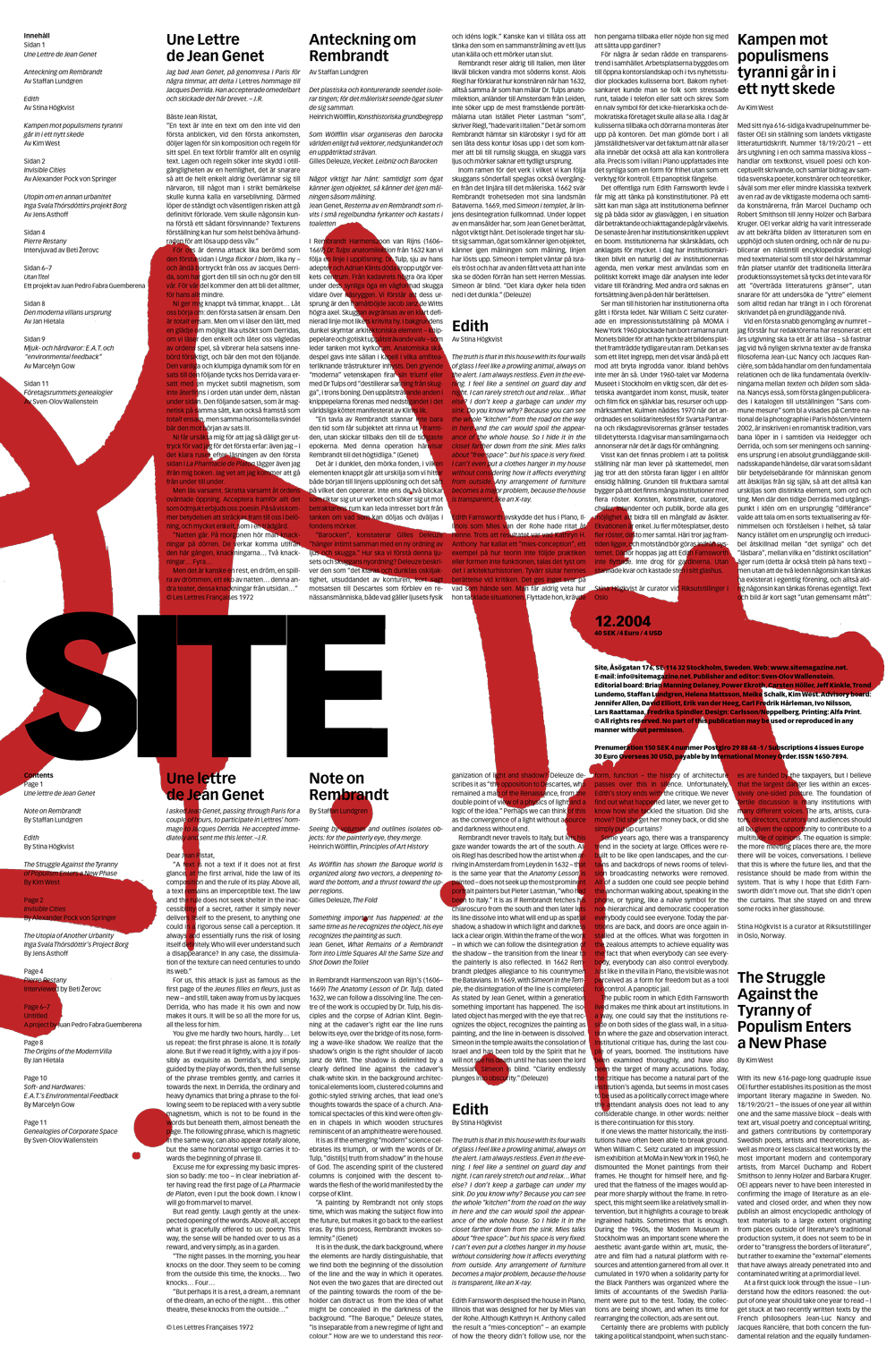 In Rembrandt Harmenszoon van Rijn's (1606–1669) The Anatomy Lesson of Dr. Tulp, dated 1632, we can follow a dissolving line. The centre of the work is occupied by Dr. Tulp, his disciples and the corpse of Adrian Klint. Beginning at the cadaver’s right ear the line runs below its eye, over the bridge of its nose, forming a wave-like shadow. We realize that the shadow’s origin is the right shoulder of Jacob Janz de Witt.

The shadow is delimited by a clearly defined line against the cadaver’s chalk-white skin. In the background architectonical elements loom, clustered columns and gothic-styled striving arches, that lead one’s thoughts towards the space of a church. Anatomical spectacles of this kind were often given in chapels in which wooden structures reminiscent of an amphitheatre were housed.

It is as if the emerging “modern” science celebrates its triumph, or with the words of Dr. Tulp, “distil[s] truth from shadow” in the house of God. The ascending spirit of the clustered columns is conjoined with the descent towards the flesh of the world manifested by the corpse of Klint.

Excerpt from "Note on Rembrandt" by Staffan Lundgren.

Note on Rembrandt
By Staffan Lundgren

The Utopia of Another Urbanity: Inga Svala Thórsdóttir’s Project Borg
By Jens Asthoff

The Origins of the Modern Villa
By Jan Hietala