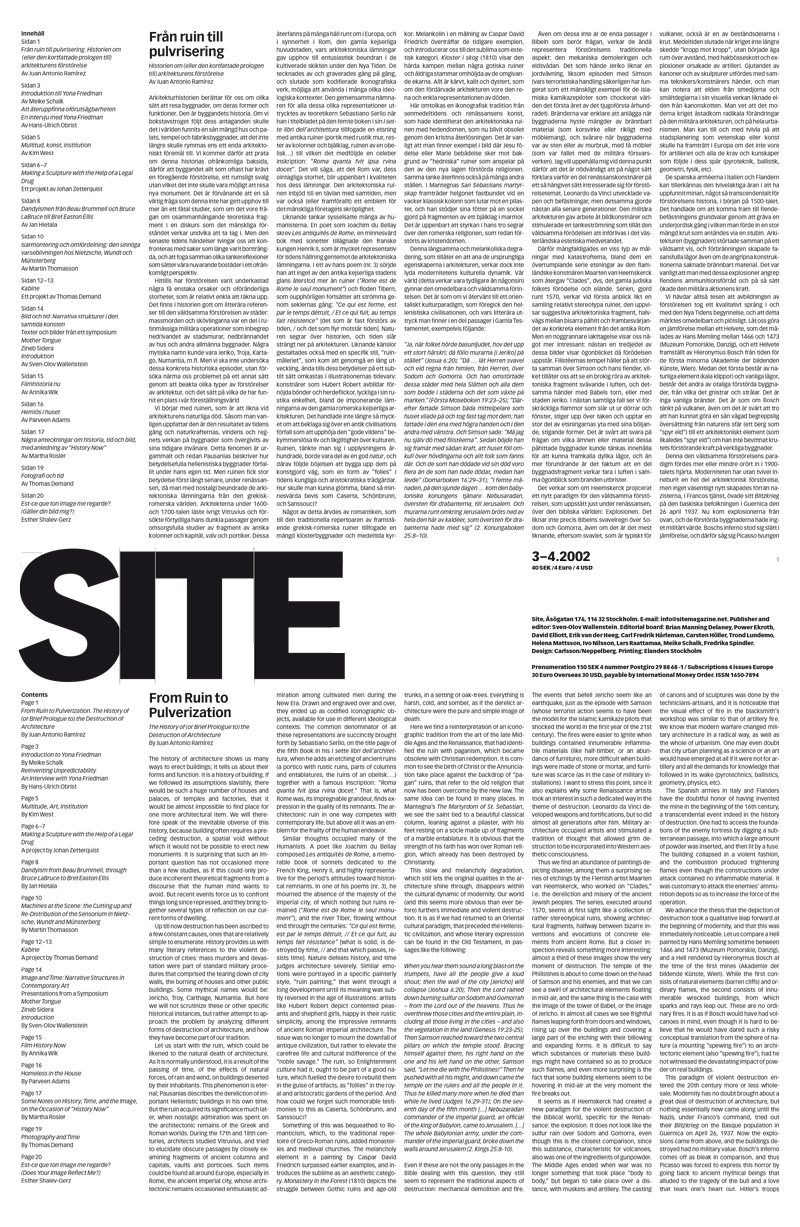 During the last decade, cinema – and not just photography and video – has come to play a decisive role in art. In addition to being just one more idiom added to the already highly stratified and complex vocabulary of art, cinema also reintroduces the “story,” that is, the significance of the telling of a story, into the discussion. “History Now,” the title of the exhibition that has served as the starting point for this series of talks (although it should be stressed that we are not trying to explain the meaning of a specific exhibition, but are rather taking off along a tangent, as it were), can thus be taken as a question understood in at least two senses: as “history” it points to the past and our relation to the past in terms of memory, oblivion, repression, re-writing, etc., but as “now” it points also to our present, to the “now” of actuality which is always in the process of becoming a past.

That all historiographical rendering implies narrativizing and perspectivizing has long been a theme within theories of historiography (from, say, Nietzsche’s second Untimely Meditation to the works of Hayden White), but is it not also the case that the very sense of the present, of the now as the “with” of the con-temporary is at stake, is indeed perhaps the result of multiple and intersecting narratives? Who decides what is now, what is “with” us and what is not, especially in a world where monocentric narratives are no longer credible?

Taking our cues from modern art history and aesthetics, we could find one way into the problem in Rosalind Krauss’s path-breaking work, Passages in Modern Sculpture, where she shows the extent to which the overcoming of Lessing’s distinction between the arts of time and of space has been a central concern for modernist sculpture. Krauss’s account, beginning with Rodin and taking us through the readymade, Futurism, Constructivism and many other movements, ends with minimalism and its introduction of the viewer’s temporal experience in the work, understood as process, but there is no reason for us not to prolong her observations into the field of current artistic practice, where the use of the moving image has further emphasized this tendency.
Today, we see how this becoming-temporal introduces a structure of narrativity in the work of art. There is thus a need to rethink the category of narrative, and perhaps formulate a more general topic: image and time, the temporality of the image, the time of the image as also being the time of a story.

Excerpt from the introduction to "Image and Time: Narrative Structures in Contemporary Art".

Reinventing Unpredictability: An Interview with Yona Friedman
By Hans-Ulrich Obrist

Machines at the Scene: the Cutting Re-Distribution of the Sensorium in Nietzsche, Wundt and Münsterberg
By Martin Thomasson

Kabine A project
By Thomas Demand

Homeless in the House
By Parveen Adams

Some Notes on History, Time, and the Image - on the Occasion of ”History Now”
By Martha Rosler

Photography and Time
By Thomas Demand

Est-ce que ton image me regarde? (Does Your Image Reflect Me?)
By Esther Shalev-Gerz