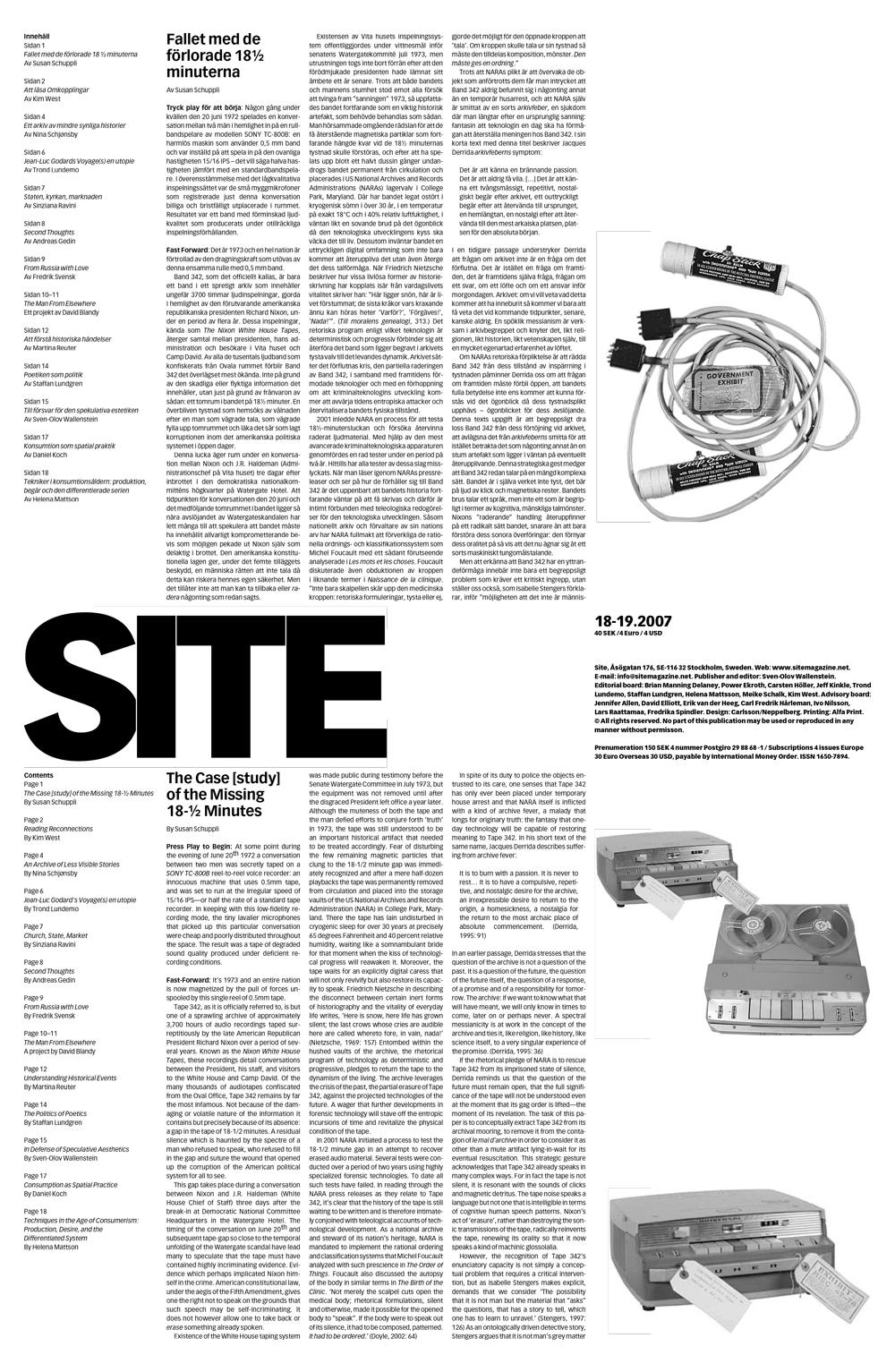 Press Play to Begin: At some point during the evening of June 20th 1972 a conversation between two men was secretly taped on a SONY TC-800B reel-to-reel voice recorder: an innocuous machine that uses 0.5mm tape, and was set to run at the irregular speed of 15/16 IPS—or half the rate of a standard tape recorder. In keeping with this low-fidelity recording mode, the tiny lavalier microphones that picked up this particular conversation were cheap and poorly distributed throughout the space. The result was a tape of degraded sound quality produced under deficient recording conditions.

Fast-Forward: It’s 1973 and an entire nation is now magnetized by the pull of forces unspooled by this single reel of 0.5mm tape. Tape 342, as it is officially referred to, is but one of a sprawling archive of approximately 3,700 hours of audio recordings taped surreptitiously by the late American Republican President Richard Nixon over a period of several years. Known as the Nixon White House Tapes, these recordings detail conversations between the President, his staff, and visitors to the White House and Camp David. Of the many thousands of audiotapes confiscated from the Oval Office, Tape 342 remains by far the most infamous. Not because of the damaging or volatile nature of the information it contains but precisely because of its absence: a gap in the tape of 18-1/2 minutes. A residual silence which is haunted by the spectre of a man who refused to speak, who refused to fill in the gap and suture the wound that opened up the corruption of the American political system for all to see.

An Archive of Less Visible Stories
By Nina Schjønsby

From Russia with Love
By Fredrik Svensk

The Man From Elsewhere
A project by David Blandy

The Politics of Poetics
By Staffan Lundgren

In Defense of Speculative Aesthetics
By Sven-Olov Wallenstein

Techniques in the Age of Consumerism: Production, Desire, and the Differentiated System
By Helena Mattson