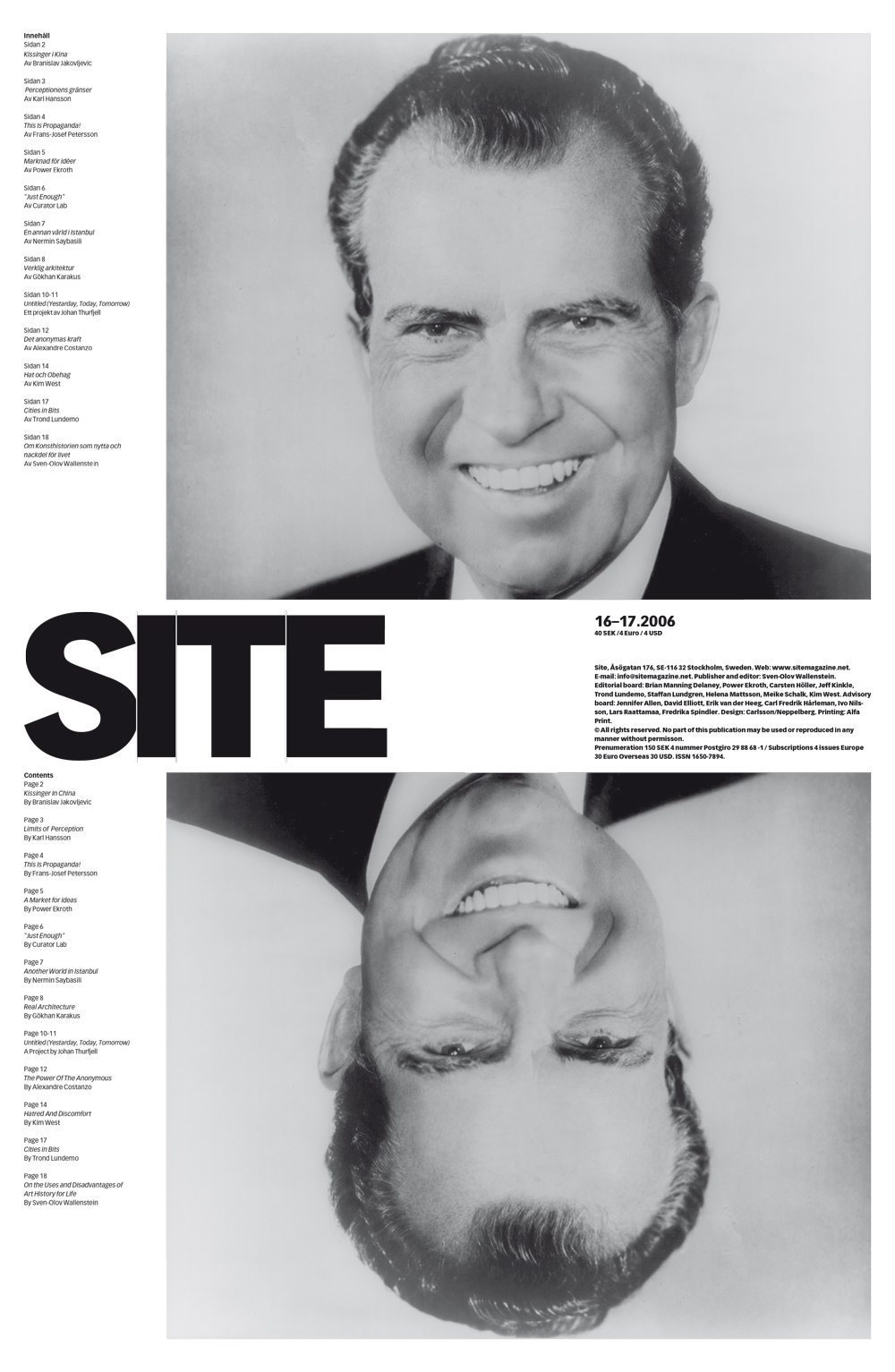 In Comments on the Society of Spectacle, published in 1988, Guy Debord wrote about the fusion of the concentrated and diffuse spectacles into a new form of integrated spectacle, which combined the features of the former, once characteristic for the countries of “state capitalism” and the latter, which developed in Western democracies.The contours of the new, more complex and less discernable form of spectacle were emerging from the ruins of the Cold War. However, the interpenetration and gradual integration of the two forms of spectacle began earlier than Glasnost and Perestroika, and it did not happen between the two leading super powers. The bipolarity was challenged by the emergence of the third power, an enigmatic and distant locus of concentrated spectacle.

For a moment in the late 1980s, it appeared as if China was resolved to oppose with all of its might the process of integration of the two kinds of spectacle. Now it is clear that the perpetrators of the Tienanmen slaughter knew better than the victims. China was already entering the new phase of the spectacular society, and by now the trans- Pacific integration of the spectacle is almost complete. Its features are discernable on both sides of the ocean: occultation of power, invisibility of ideology, full integration of military and industry, and spectacularization of all social and economic relationships. This form of spectacle, as predicted by Debord, not only describes reality, but structures and changes it to such a degree as to become indiscernible from it. The symptoms are still observable mostly in the mass media, that most apparent and vulgar segment of the spectacle.

Excerpt from "Kissinger In China" by Branislav Jakovljevic.

Kissinger In China
By Branislav Jakovljevic

Limits of Perception
By Karl Hansson

This Is Propaganda!
By Frans-Josef Petersson

A Market for ideas
By Power Ekroth

Another World in Istanbul
By Nermin Saybasili

The Power Of The Anonymous
By Alexandre Costanzo

Hatred And Discomfort
By Kim West

Cities in Bits
By Trond Lundemo