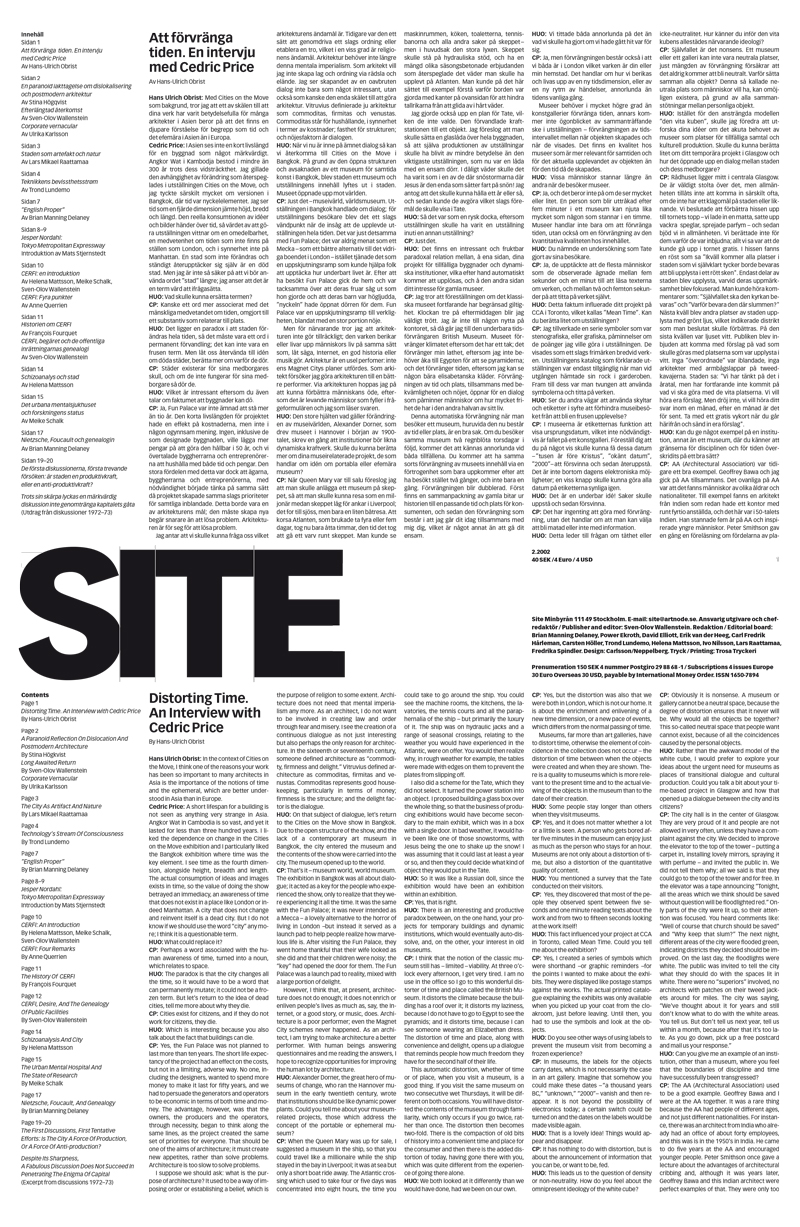 The following texts all deal with the French research collective, CERFI, which, from the mid-sixties to the end of the seventies, developed a new way of questioning urban space and the function of the institutions in that space. They studied the encoding of the normal and the “deviant” in modern societies, focusing above all on the function of the hospital and mental asylum, but also on the roles of schools, factories, working life, and so on. With this they initiate an analysis of modernity that would have many successors.

Here a decisive influence is the “schizo-analysis” of desire developed by Gilles Deleuze and Félix Guattari in their work on “capitalism and schizophrenia” (L'Anti-Oedipe, 1972), as well as discussions with Michel Foucault, whose research into power and its spatial manifestations — the spatial forms of discipline, control, and surveillance — was fundamentally influenced by discussions within CERFI. This also provides another view of the influence of Foucault, Deleuze, and Guattari on architecture, which in the last decade, especially in the U.S., has been seen as a more or less apolitical design theory. At the center of CERFI’s discussions the question of revolution persists, the question of sexuality, desire, and the possibility of a radical change of our living conditions — with or against Marxist theory, which was, as it were, being exploded from within.

Excerpt from "CERFI: An Introduction".

Distorting Time. An Interview with Cedric Price
By Hans-Ulrich Obrist

A Paranoid Reflection On Dislocation And Postmodern Architecture
By Stina Högkvist

The City As Artifact And Nature
By Lars Mikael Raattamaa

The History Of CERFI
By François Fourquet

CERFI, Desire, And The Genealogy Of Public Facilities
By Sven-Olov Wallenstein

Schizoanalysis And City
By Helena Mattsson

The First Discussions, First Tentative Efforts: Is The City A Force Of Production, Or A Force Of Anti-production? Despite Its Sharpness, A Fabulous Discussion Does Not Succeed In Penetrating The Enigma Of Capital (Excerpt from discussions 1972–73)