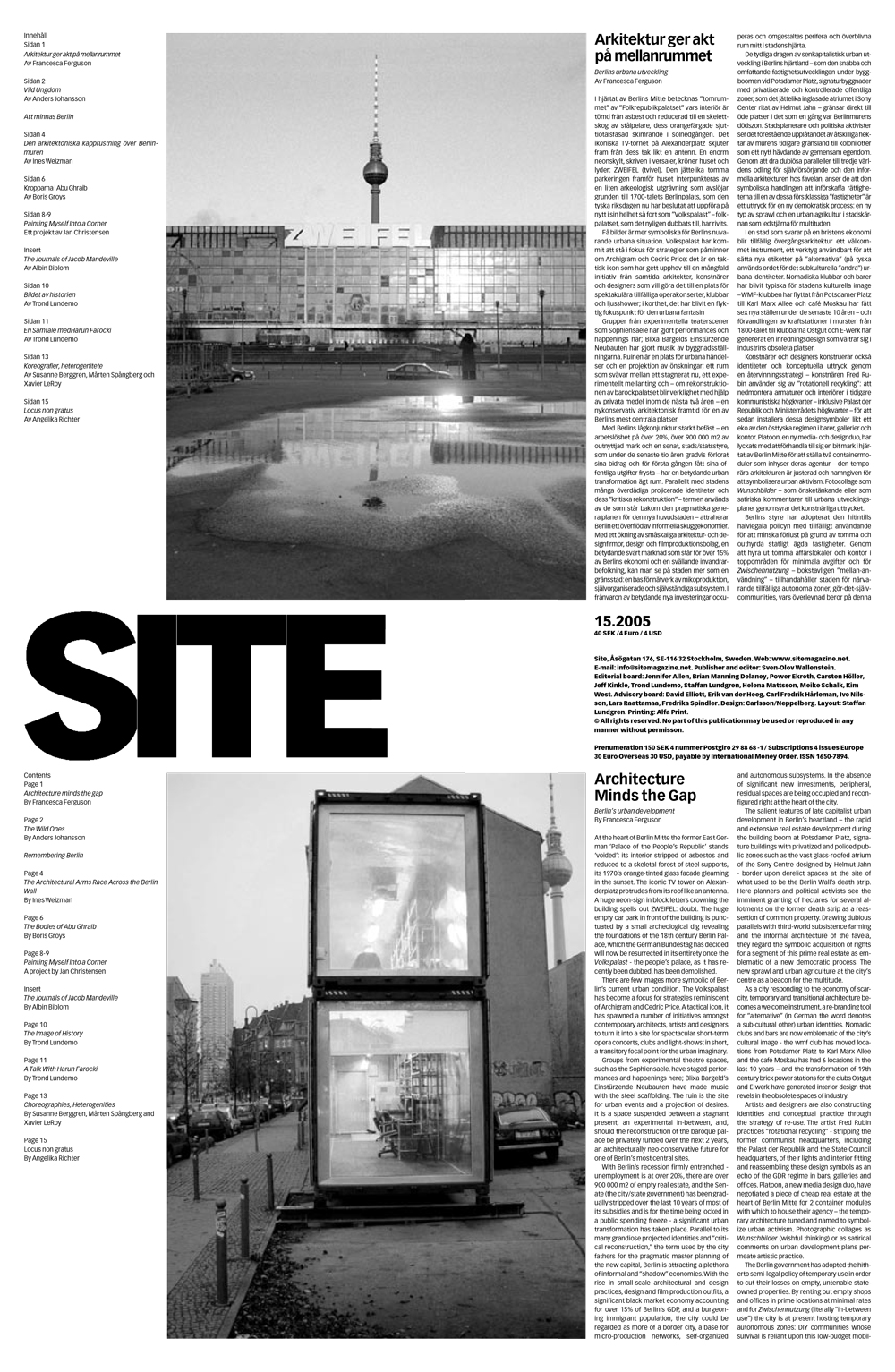 At the heart of Berlin Mitte the former East German ‘Palace of the People’s Republic’ stands ‘voided’: its interior stripped of asbestos and reduced to a skeletal forest of steel supports, its 1970’s orange-tinted glass facade gleaming in the sunset. The iconic TV tower on Alexanderplatz protrudes from its roof like an antenna. A huge neon-sign in block letters crowning the building spells out ZWEIFEL: doubt. The huge empty car park in front of the building is punctuated by a small archeological dig revealing the foundations of the 18th century Berlin Palace, which the German Bundestag has decided will now be resurrected in its entirety once the Volkspalast - the people’s palace, as it has recently been dubbed, has been demolished.

There are few images more symbolic of Berlin’s current urban condition. The Volkspalast has become a focus for strategies reminiscent of Archigram and Cedric Price. A tactical icon, it has spawned a number of initiatives amongst contemporary architects, artists and designers to turn it into a site for spectacular short-term opera concerts, clubs and light-shows; in short, a transitory focal point for the urban imaginary.

Groups from experimental theatre spaces, such as the Sophiensaele, have staged performances and happenings here; Blixa Bargeld’s Einstürzende Neubauten have made music with the steel scaffolding. The ruin is the site for urban events and a projection of desires. It is a space suspended between a stagnant present, an experimental in-between, and, should the reconstruction of the baroque palace be privately funded over the next 2 years, an architecturally neo-conservative future for one of Berlin’s most central sites.

Excerpt from "Architecture Minds the Gap" by Francesca Ferguson

The Wild Ones
By Anders Johansson

Remembering Berlin:
The Architectural Arms Race Across the Berlin Wall
By Ines Weizman

The Bodies of Abu Ghraib
By Boris Groys

Painting Myself Into a Corner
A project by Jan Christensen
Insert: The Journals of Jacob Mandeville
By Albin Biblom

The Image of History
By Trond Lundemo

A Talk With Harun Farocki
By Trond Lundemo